Alma Granites Nungurrayi was an amazing creative talent from Yuendumu, to the North West if Alice Springs.
Her depiction of the Seven Sisters story are among some of the most sought after Aboriginal artworks of the last decade.
When we were lucky enough to have Alma working in our studio, visitors would marvel at both her method of painting her works as well as the confidence with which she would tell the story behind these artworks.
Since her passing, her daughters have begun depicting the Seven Sisters story with as much creativity as their famous mother. 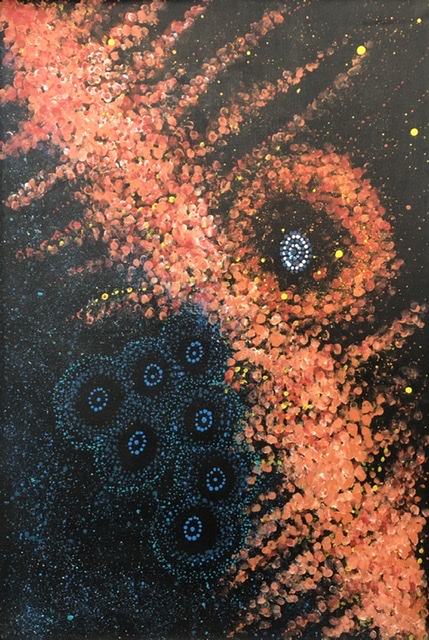