Esther bruno Nangala is a talented young Pintupi artist from the western Desert who primarily paints the stories associated with Marrapinti, which is located to the west of the Pollock Hills in Western Australia. This dreaming has been depicted by many of the artists of this area, including Naata Nungurrayi, Doreen Reid Nakamarra and Esthers Grandmother, Nancy Nungurrayi Ross. She was born and grew up at Papunya, until her later years when her father moved the family back to Kintore and Kiwrrikurra.
The lines represent the creek at the site and the sandhills that surround it. In ancestral times a group of women o camped at this site during their travels towards the east. While at the site the women made nose bones, also known as marrapinti, which are worn through a hole made in the nose web. During ceremonies relating to Marrapinti the older women pierced the nasal septums of the younger women who were participating in the ceremony. Nose bones were originally used by both men and women but are now only inserted by the older generation on ceremonial occasions. Upon completion of the ceremonies at Marrapinti the women continued their travels east passing through Wala Wala, Ngaminya and Wirrulnga, before heading north-east to Wilkinkarra (Lake Mackay). 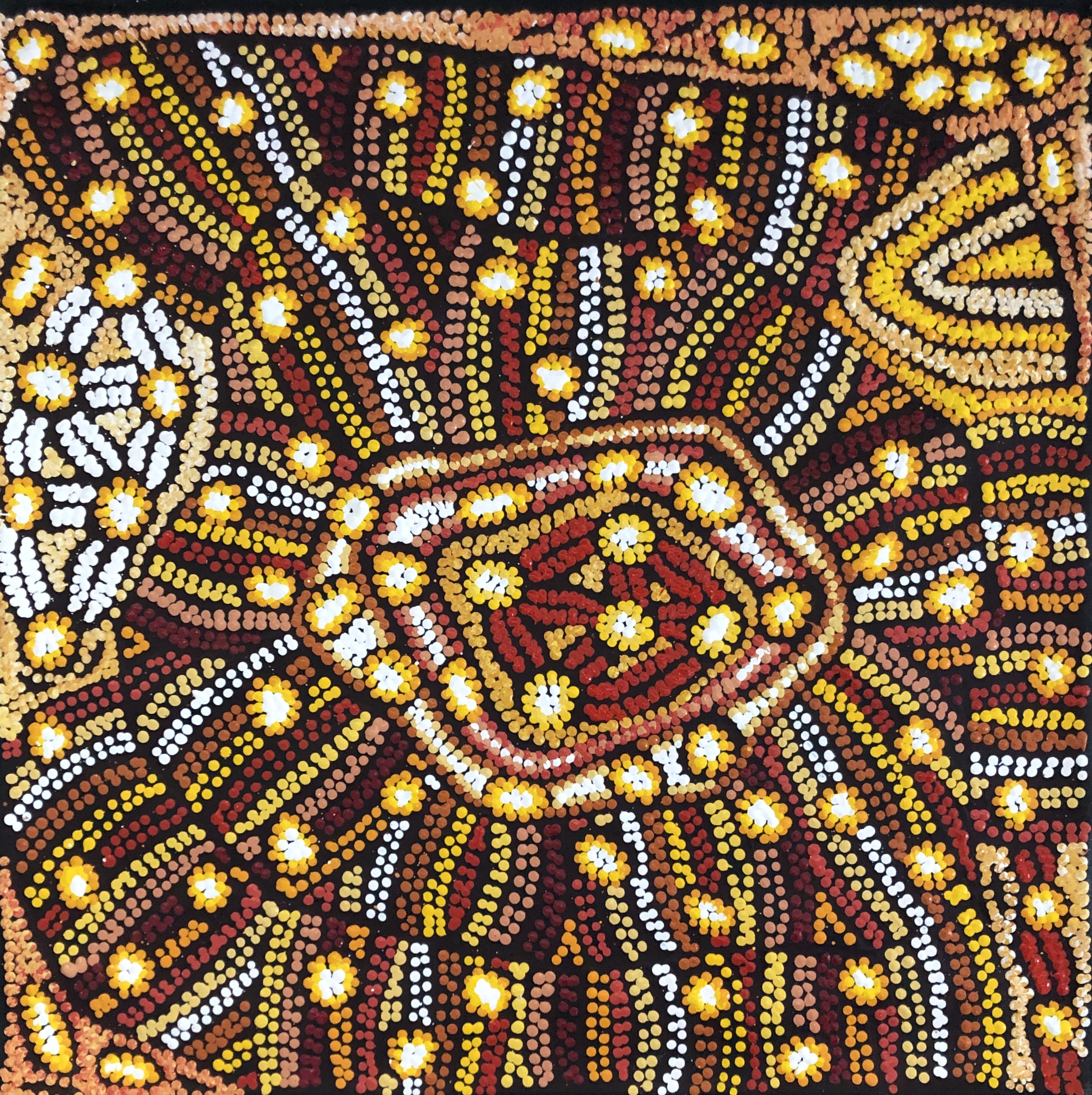 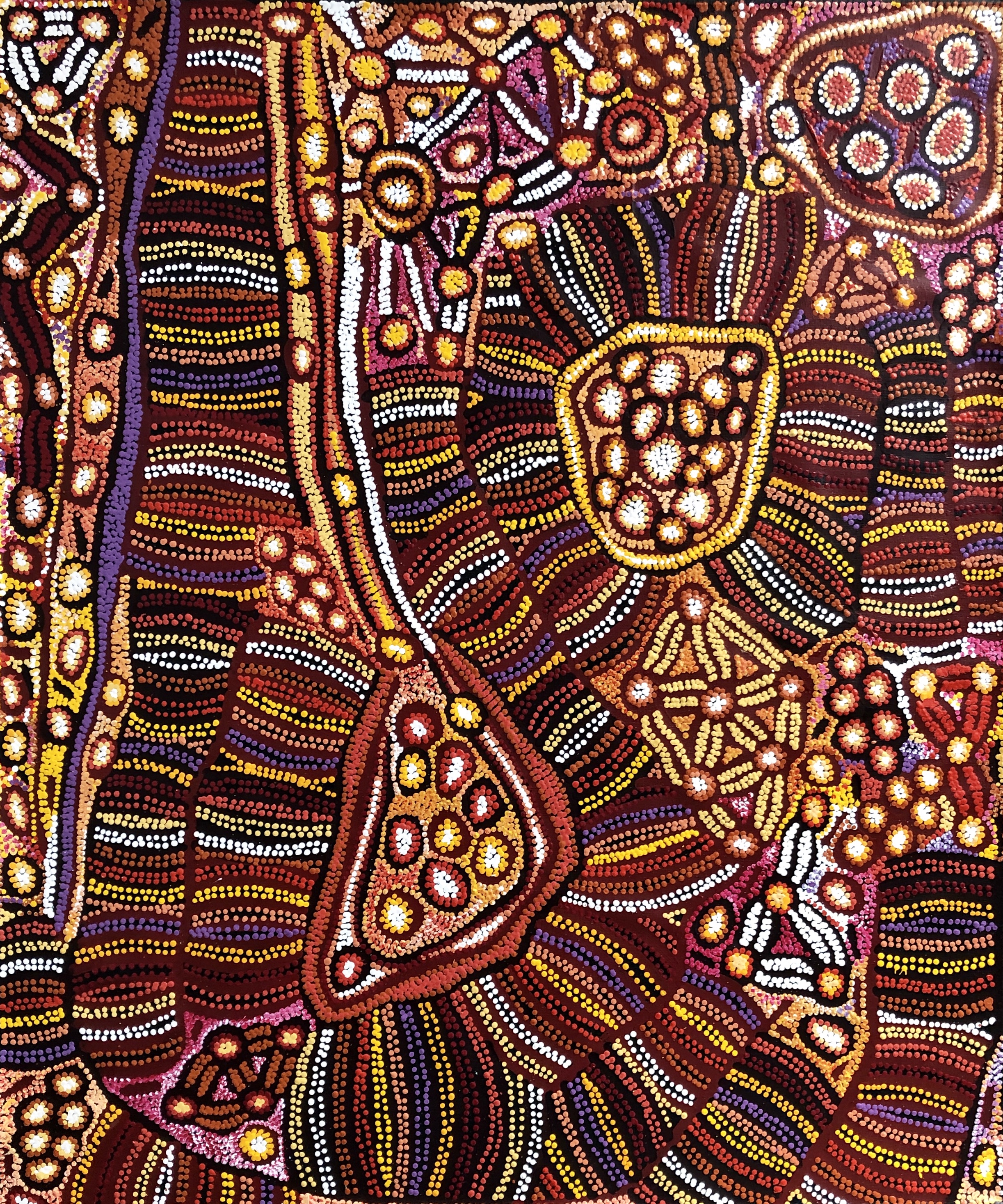 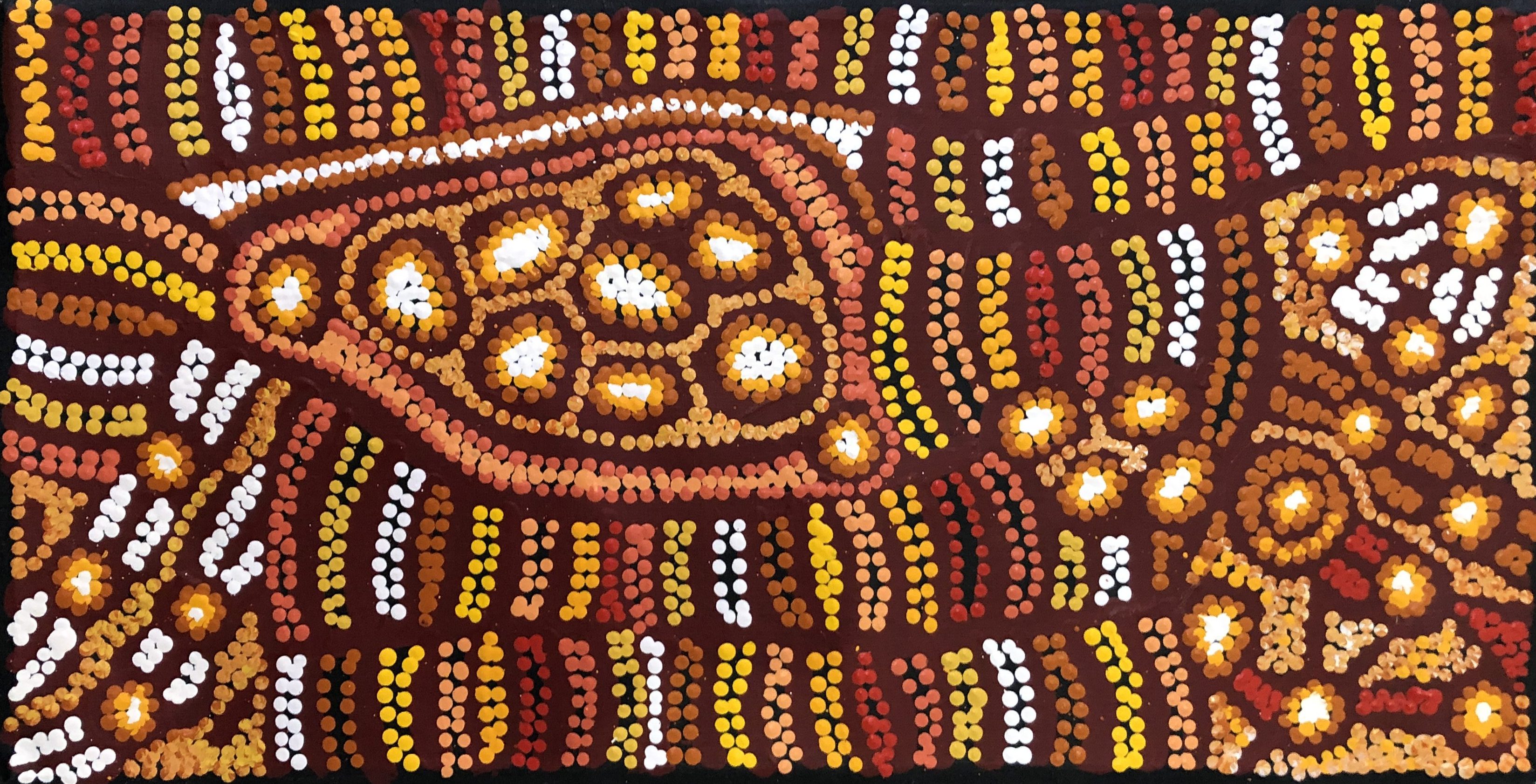