Geraldine Napangardi Riley was born at Mount Doreen Station in the 1970’s and is the niece of Towser Jagamara and Daisy Nabaldjari, who are both renowned worldwide for their traditional artworks. She spent her childhood learning the traditional ways of her country until her early teens when she was taken to the nearby community of Yuendumu with her family and here she began her schooling. Her Dreaming’s include Women’s Ceremony and Water Dreaming (Ngapa). The water dreaming depicted here forms part of the knowledge of where to go in search of water in the harsh Tanami Desert of Central Australia. There is a network of Waterholes which have been mapped by the indigenous people of the area. The underground network of water here is vast and it is the duty of the elders to teach the younger generations where and how to find this valuable resource.
Geraldine also paints artistic depictions of many different bush foods from the area in which she grew up and still resides. These foods are collected by the women, who pass on the knowledge of where to find them during traditional women’s business. 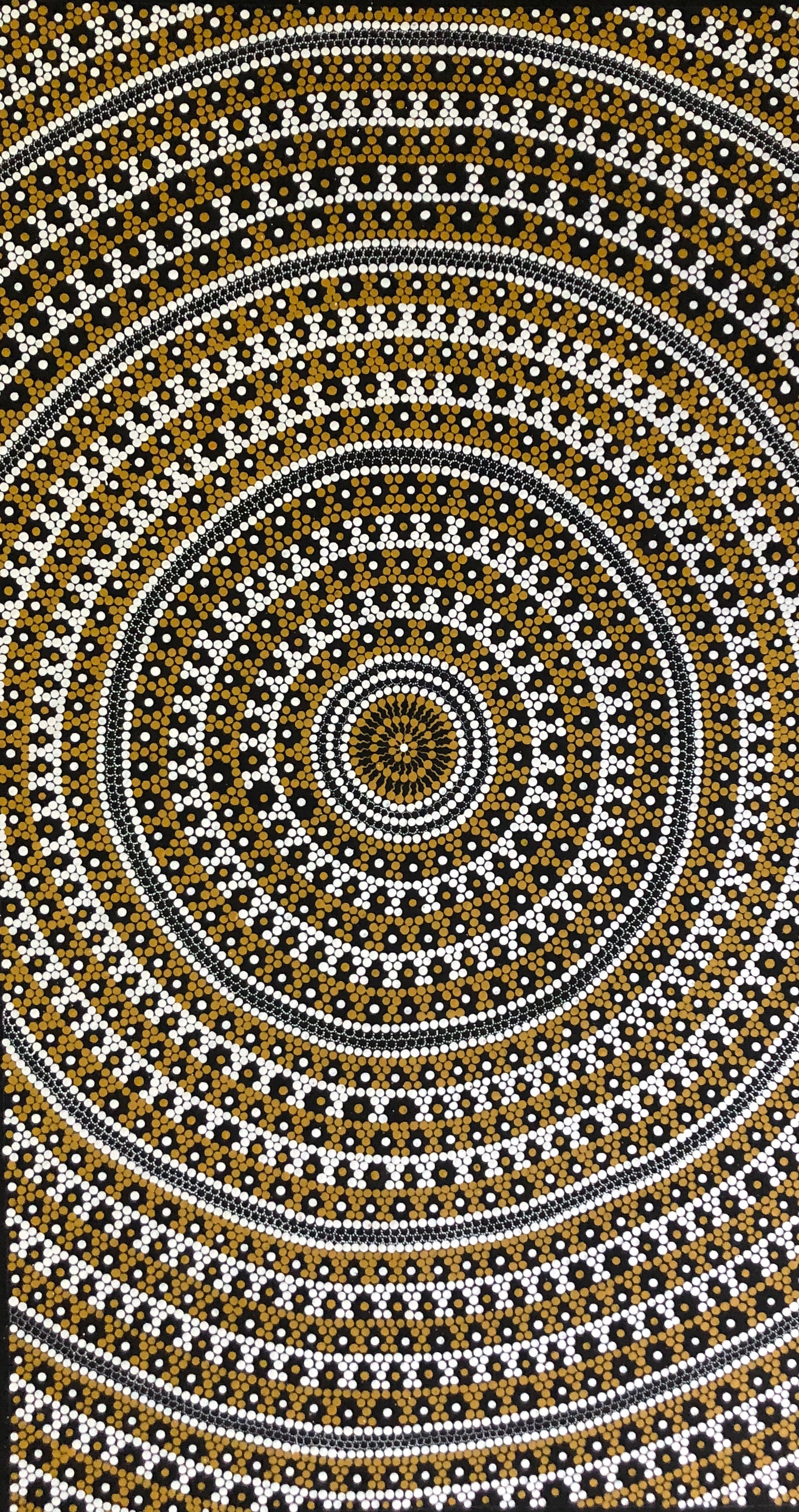