Kerry Madawyn McCarthy was born at Nauiyu Nambiyu in 1975. The daughter of an
Irish father and Aboriginal mother, and sister of well-known artist, Helen McCarthy
Tyalmuty, Kerry Madawyn McCarthy was brought up in the Daly River community
learning the ways of non-indigenous society, while maintaining a deep respect for
and understanding of Aboriginal laws and traditions of her country. Kerry paints
because she loves doing it! There is such a strong connection with her grandparents
when she is working on her art. This is what she feels most comfortable as an artist
and feels that she wouldn’t do anything else, these works have been her passion!
Growing up, her father would bring all the children together with large pieces of
butcher paper on which they painted for their family – this is something Kerry will
always remember of her childhood. This joy has followed Kerry into adulthood so
that she still has as much fun painting.
Childhood was spent living a traditional nomadic life as a traditional indigenous
person… This was the everyday life for her ancestors – and for thousands of years
before. Her true inspiration is Liman, she is blessed to be able to continue to tell his
stories and teach them to her children now.
After moving to Darwin in 1985 and completing her schooling, Kerry moved back to
the Daly River where she worked in various jobs. In 1994, at the suggestion of her
aunt, Kerry started to paint. Originally Kerry pursued the traditional style of Aboriginal
artists of the area, which focuses on depictions of animals and plants. However,
following completion of her education at Bachelor Institute of Advanced Education,
Kerry Madawyn‘s style changed to include subjects more widely associated with
Aboriginal tradition. This change was also influenced by her grandfather and by her
spending two years in the bush at her mother’s home country at Bulgul.
Kerry Madawyn McCarthy is both innovative and precise in her work, continually
exploring new means of expression of her stories of life and tradition from Aboriginal
lands in the Top End. Kerry Madawyn McCarthy spends her time with her children
between homes in Bulgul and Darwin. 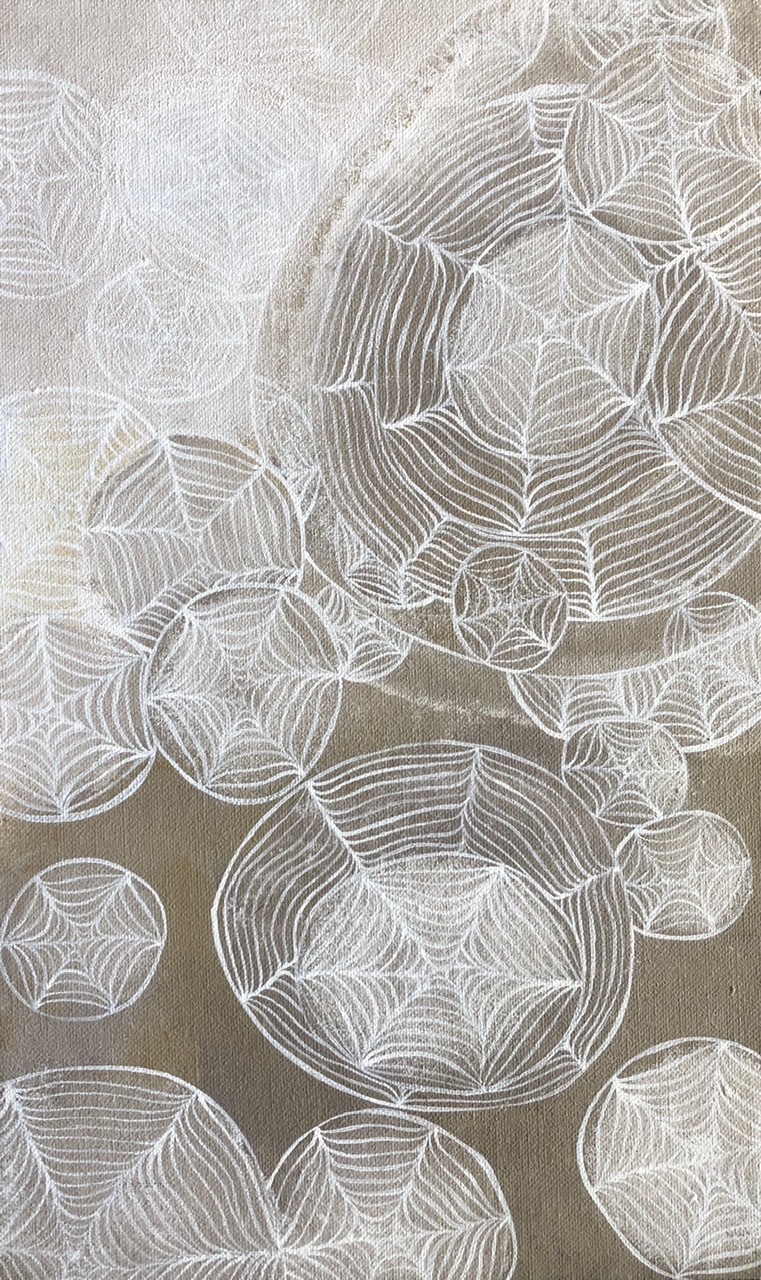 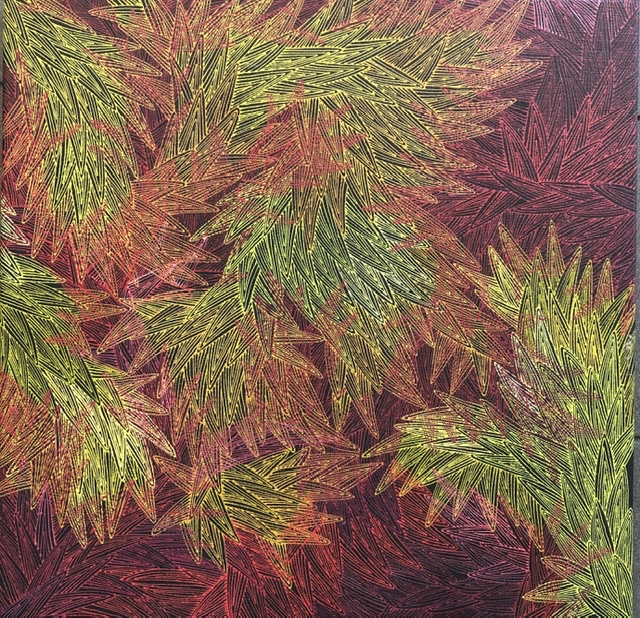 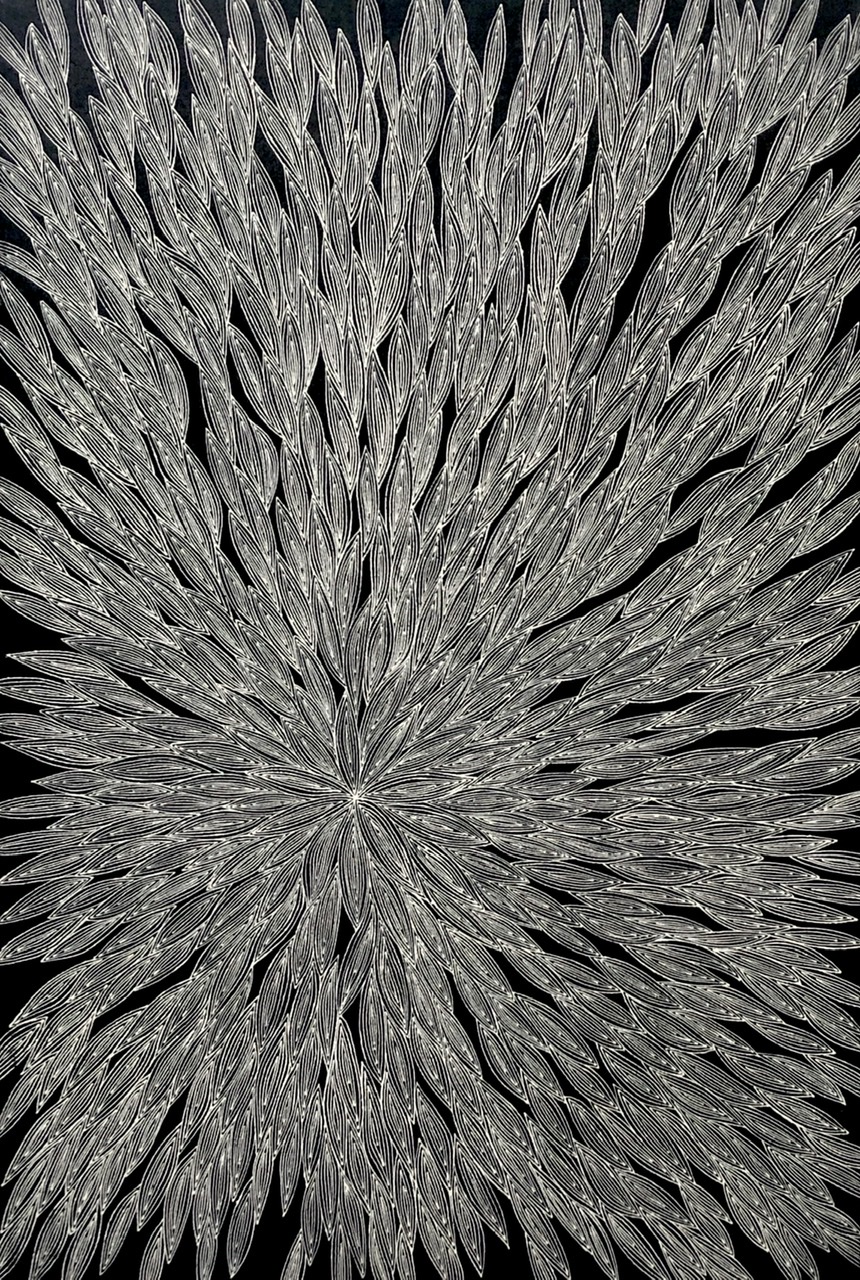 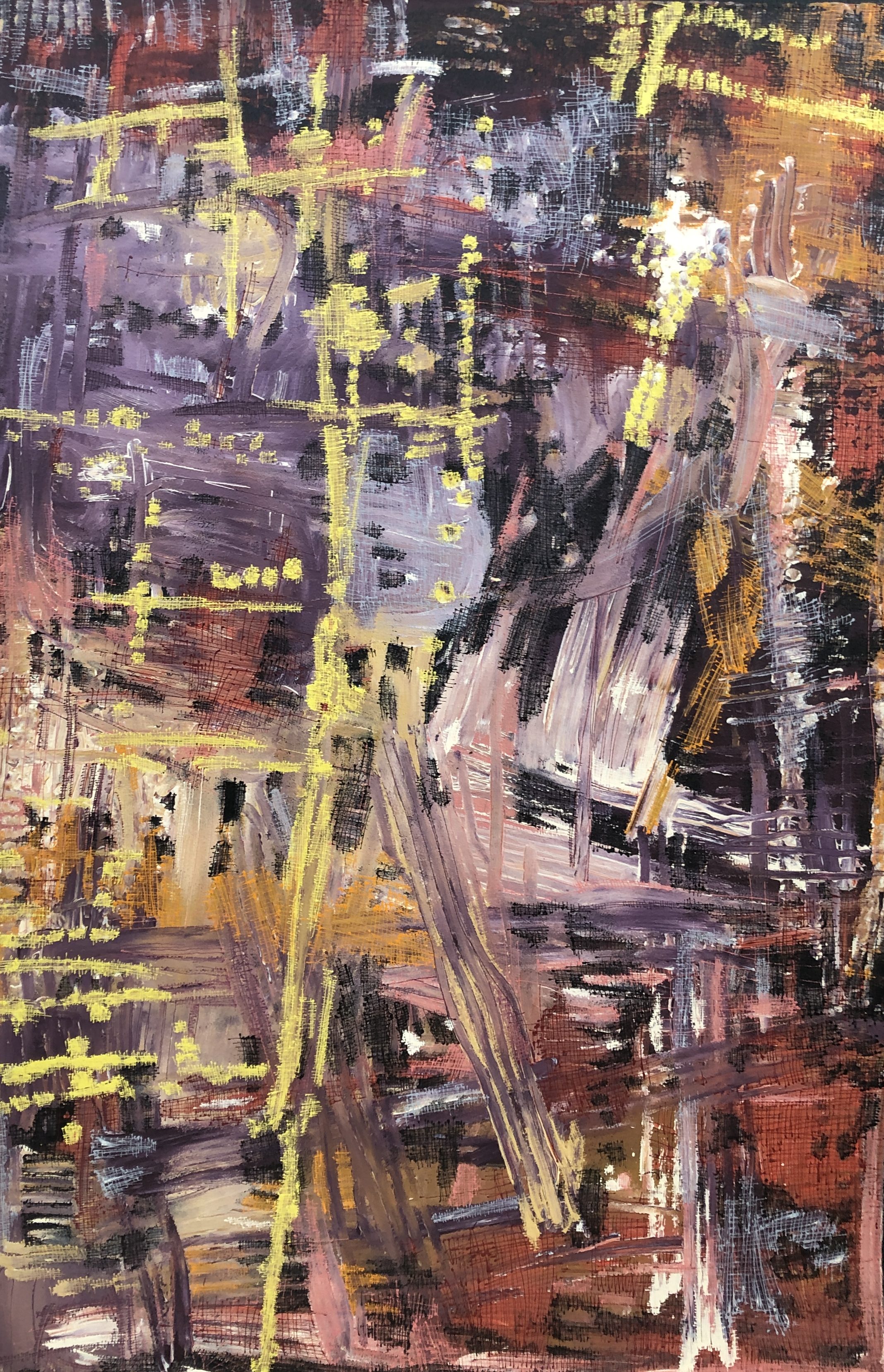 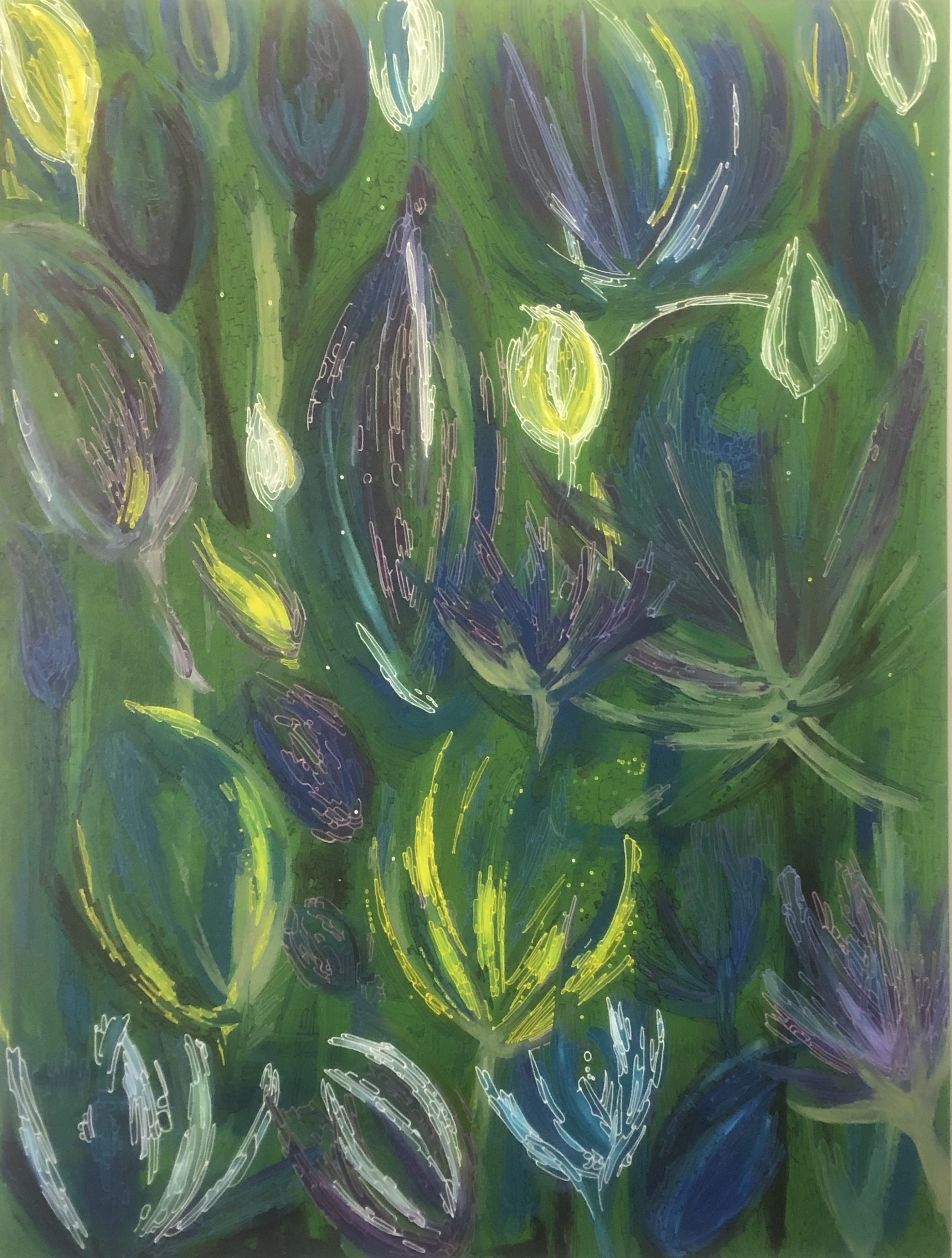 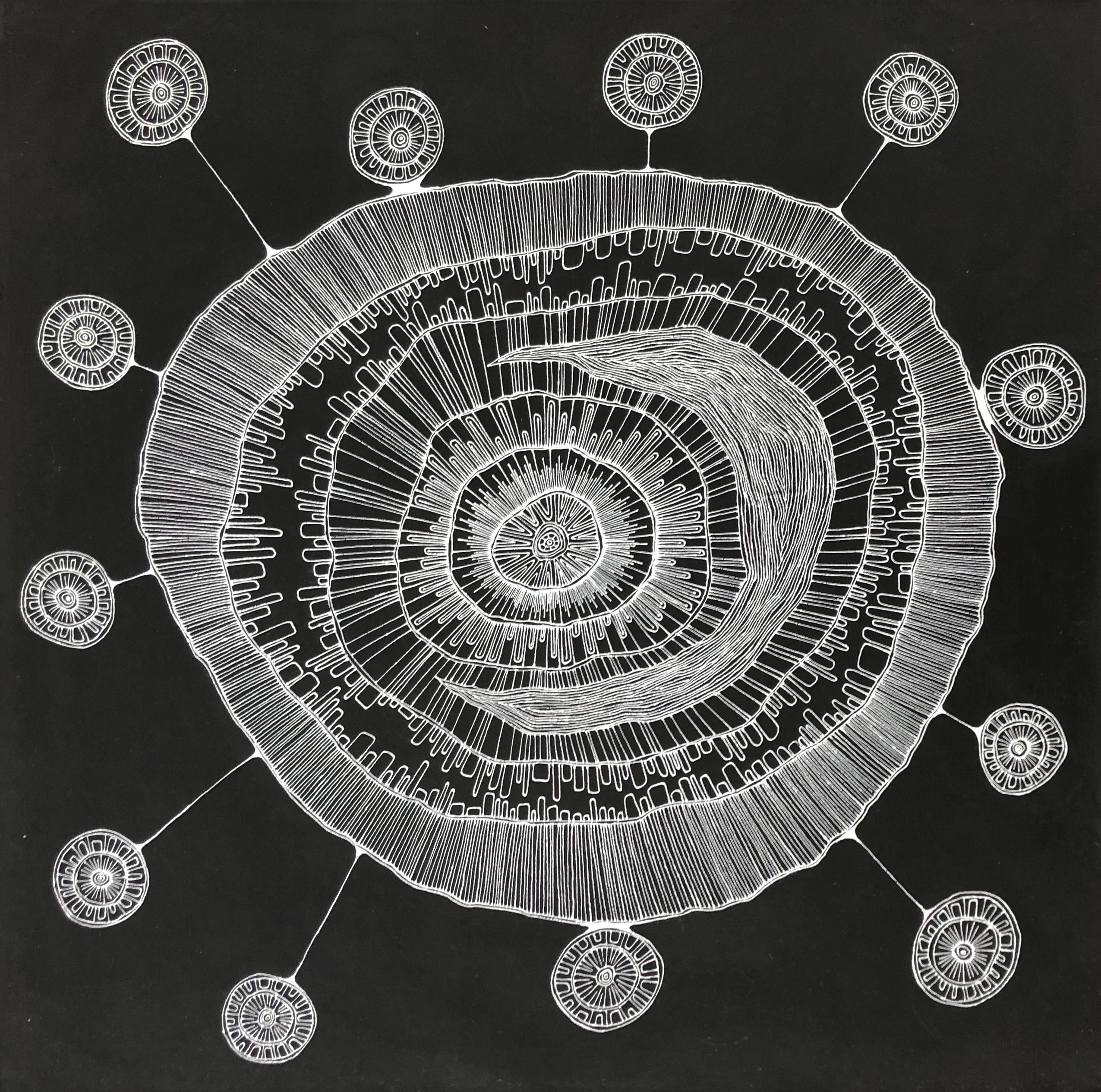 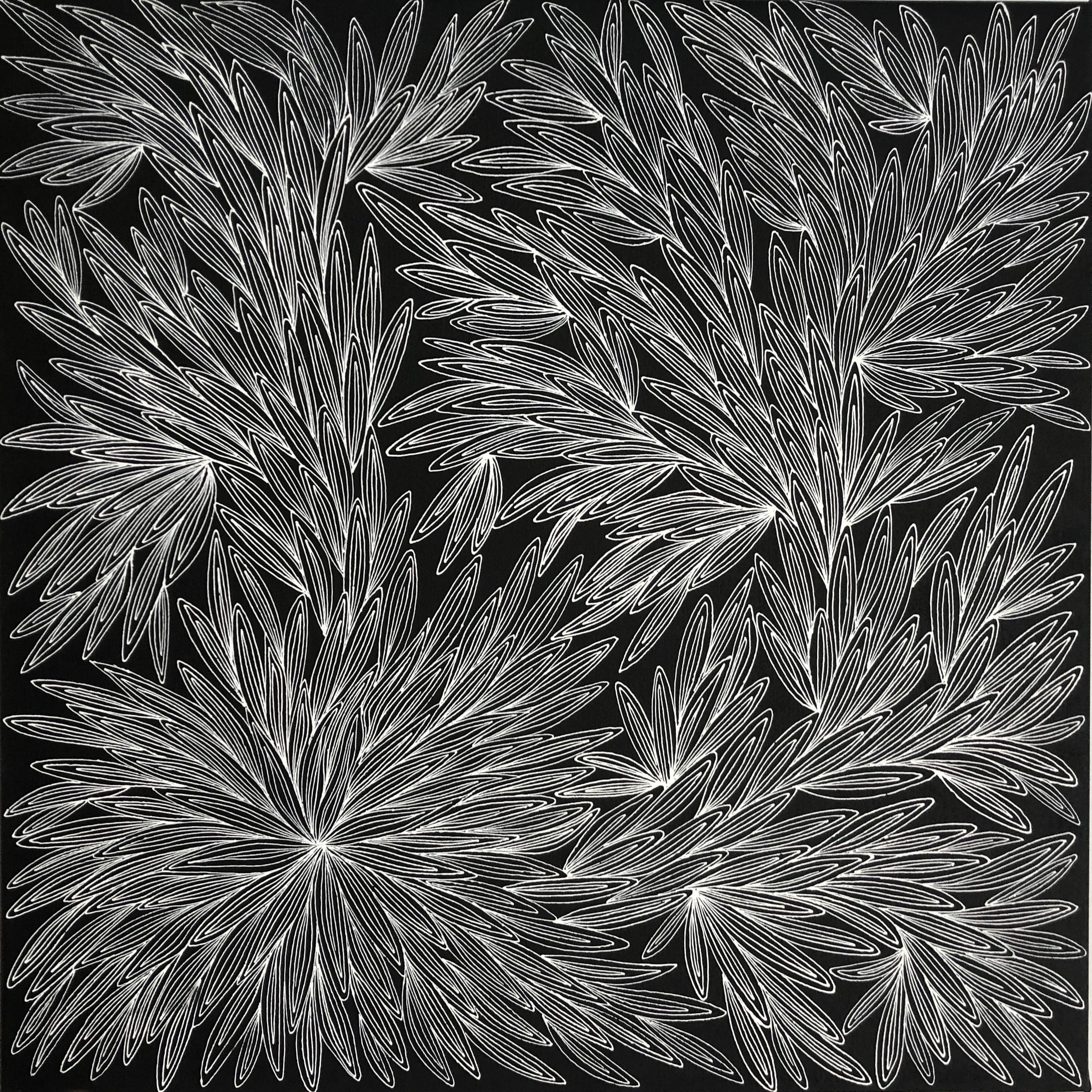 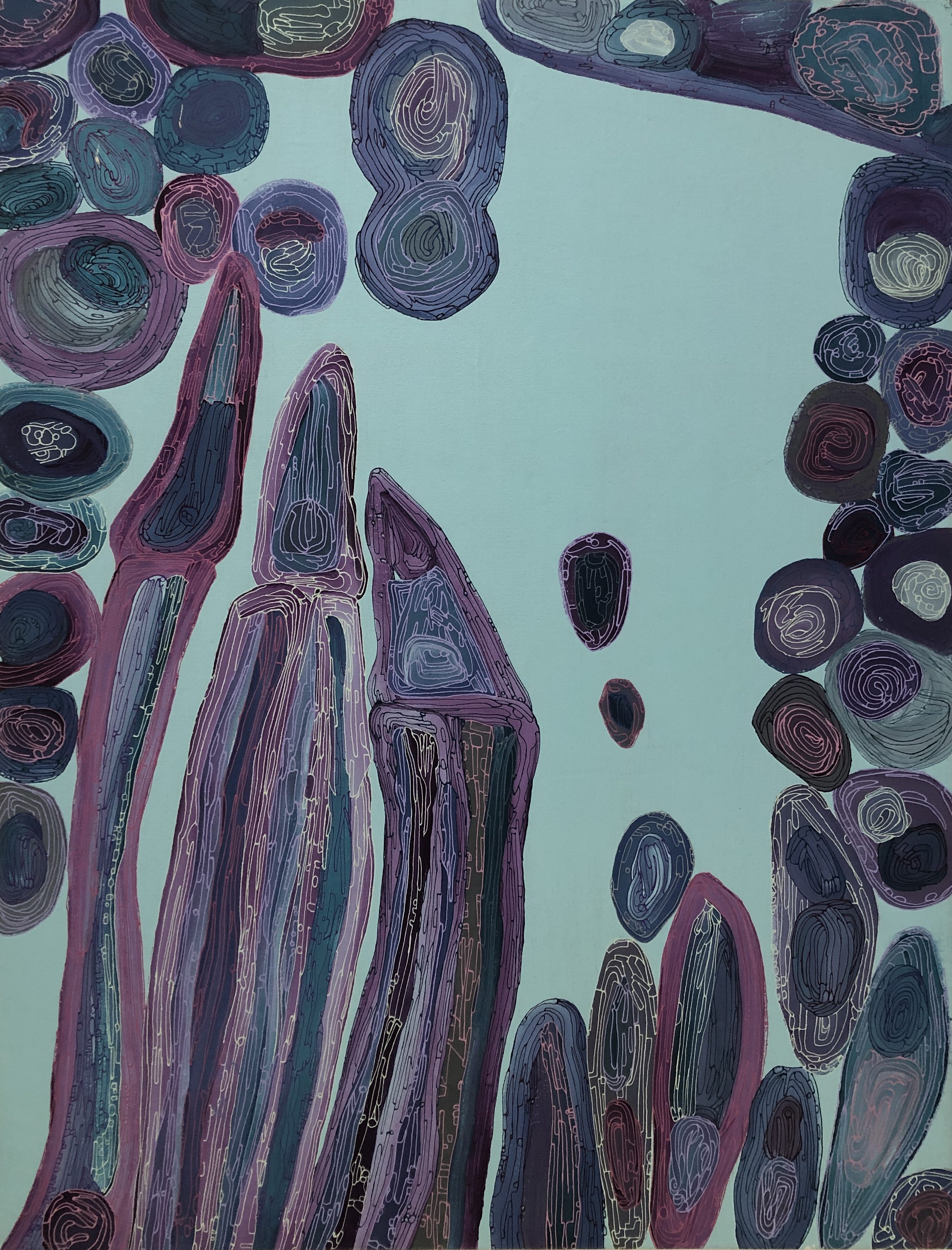 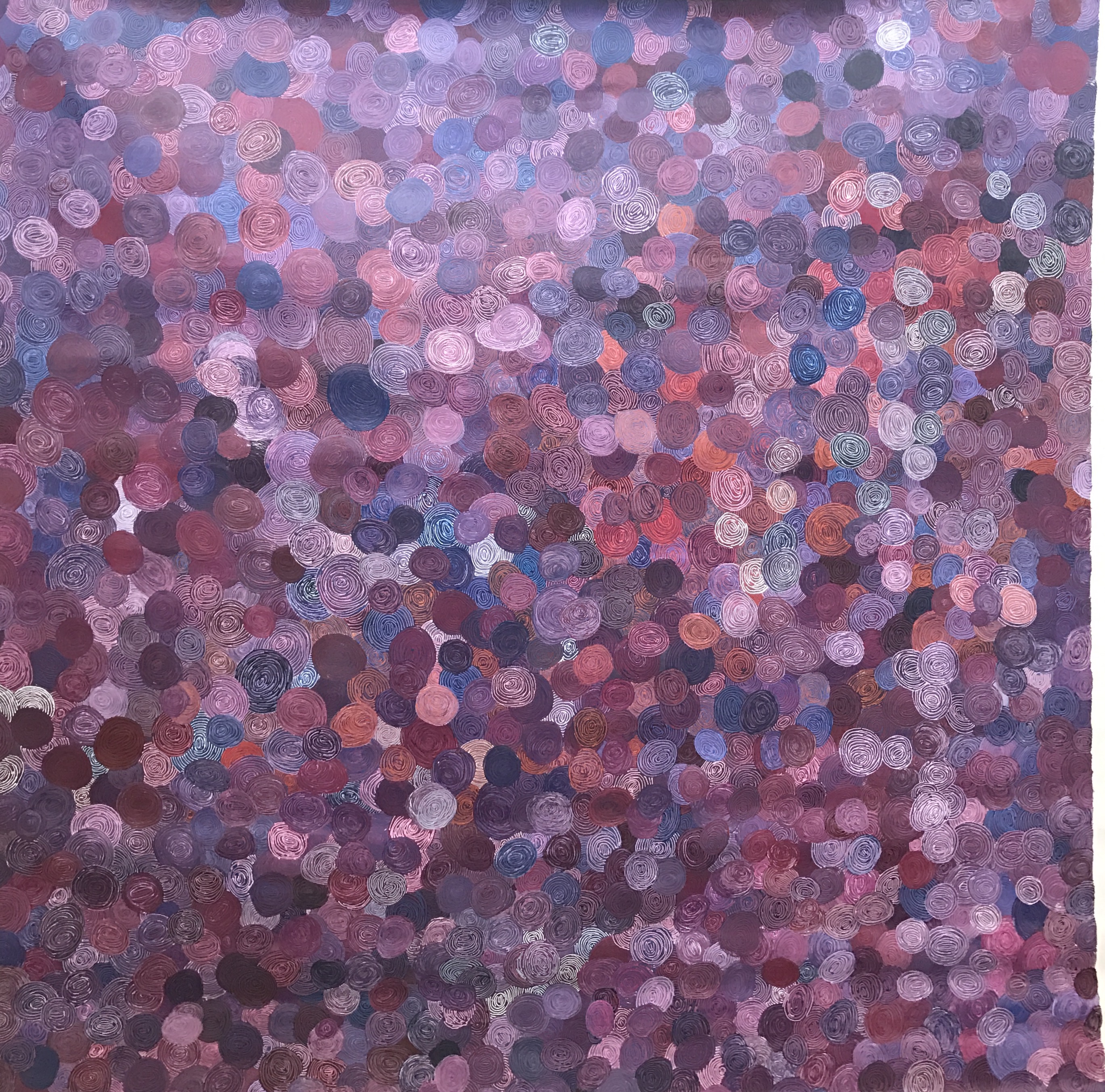 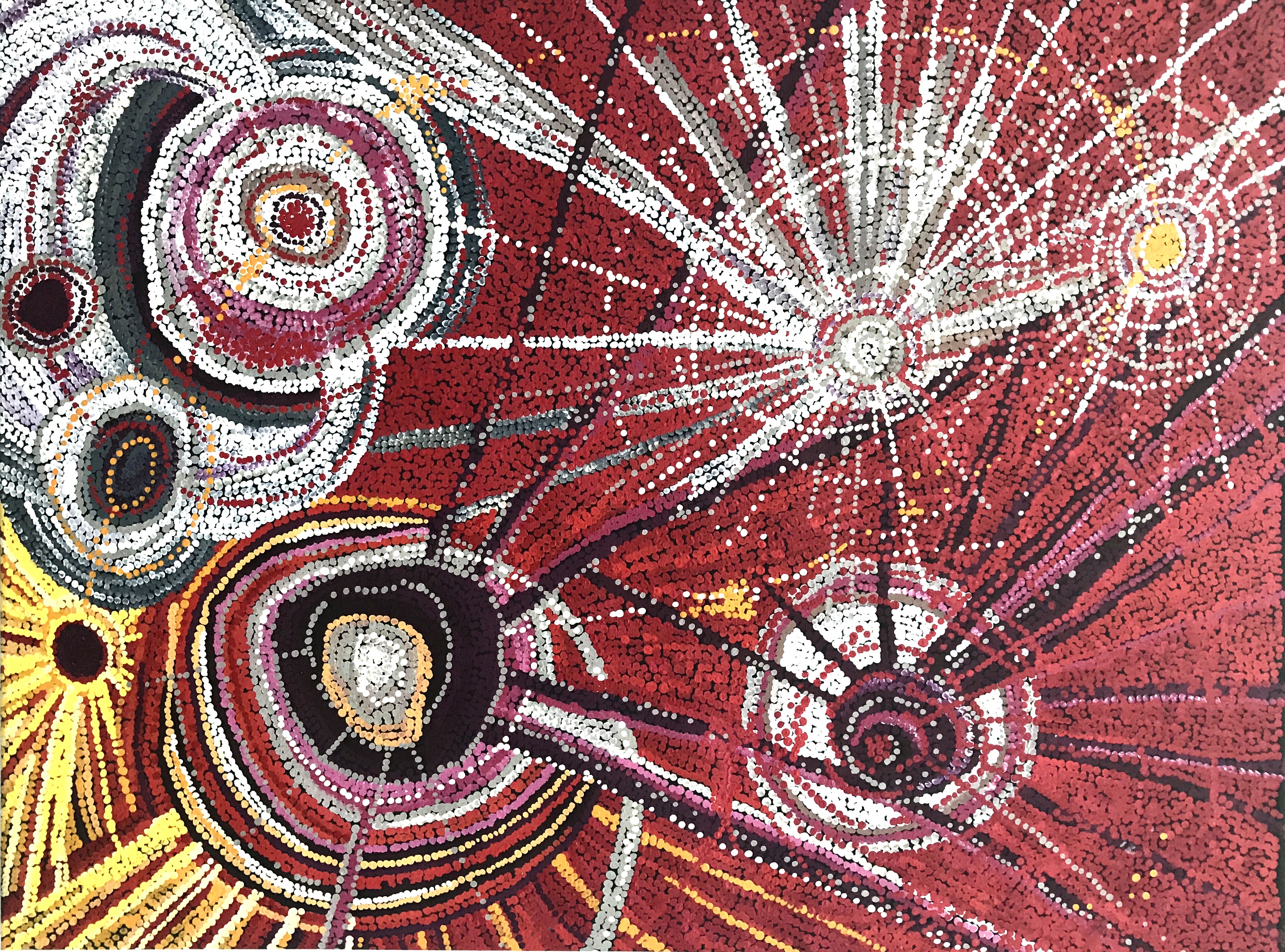 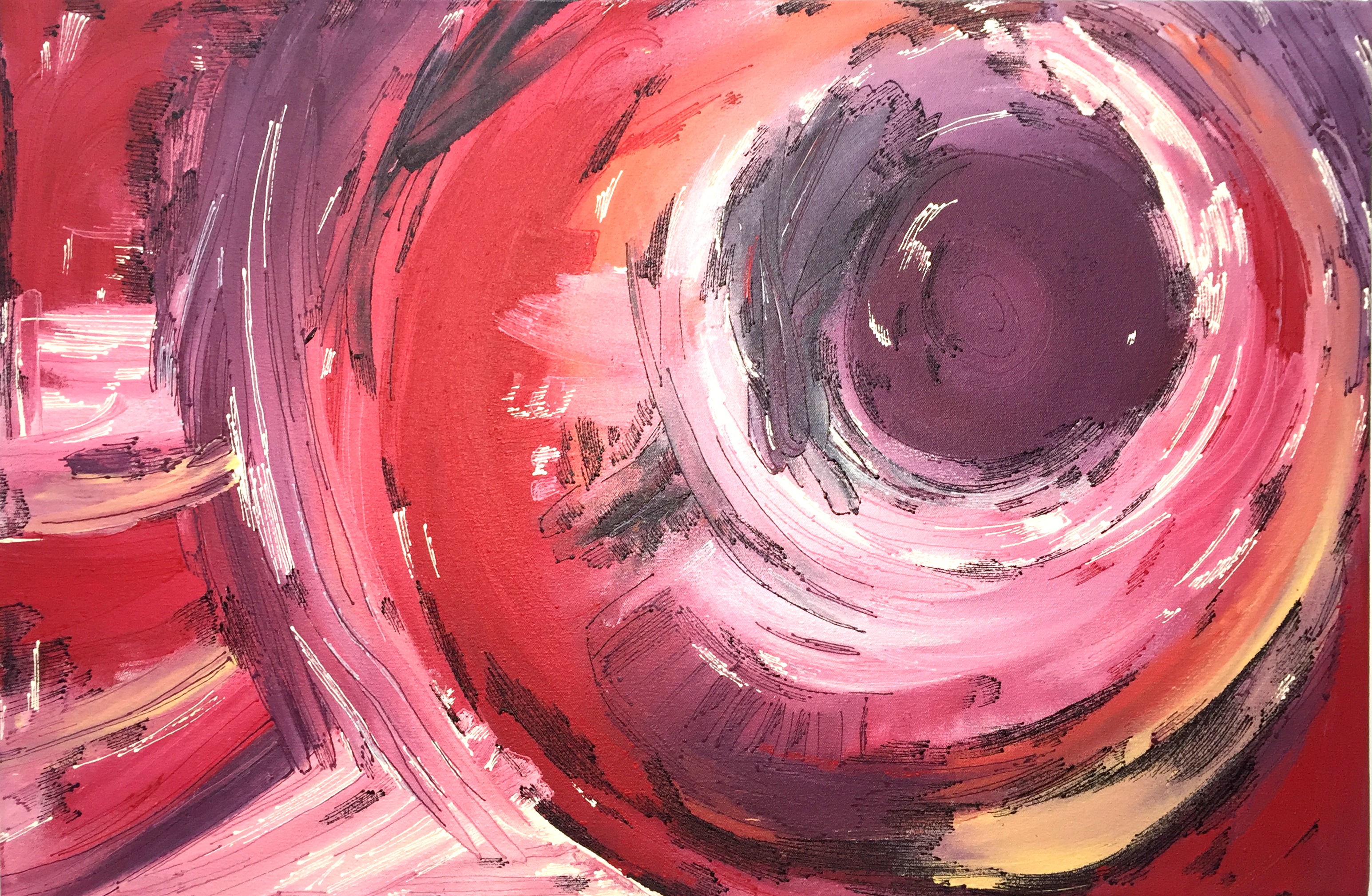