Mervyn Rubuntja Japanangka
Mervyn is an Arrente man who lives in Alice Springs and was born at the Telegraph Station here. His parents were Cynthia (Kamara) Obitja and the late Mr Wenten Rubuntja Pengarte, who was also a famous painter. Wenton was a huge influence for Mervyn, being a senior custodian of his traditional land as well as a highly respected member of his community. Wenton was an assistant for the Central Land Council worked along side them on the Mabo agreement. At the age of 13, Mervyn relocated to Hermannsberg with his family and spent many hours with his uncles as they painted their watercolour works. They told him stories of their father, Albert Namitjira and encouraged Mervyn to continue painting.

Mervyn’s family moved back to Alice Springs in 1975 and he began to paint with Basil Rantji who taught him how to mix colours.

In 2006 Mervyn was invited to submit a painting for the “Mornington Peninsular Works on Paper” Exhibition. Mervyn was a finalist at the 2008 NATSIA Awards in Darwin and in 2013 he was invited to participate at the seminar “Presences in the Art of Rex Battarbee and Albert Namatjira” at the State Library of NSW. 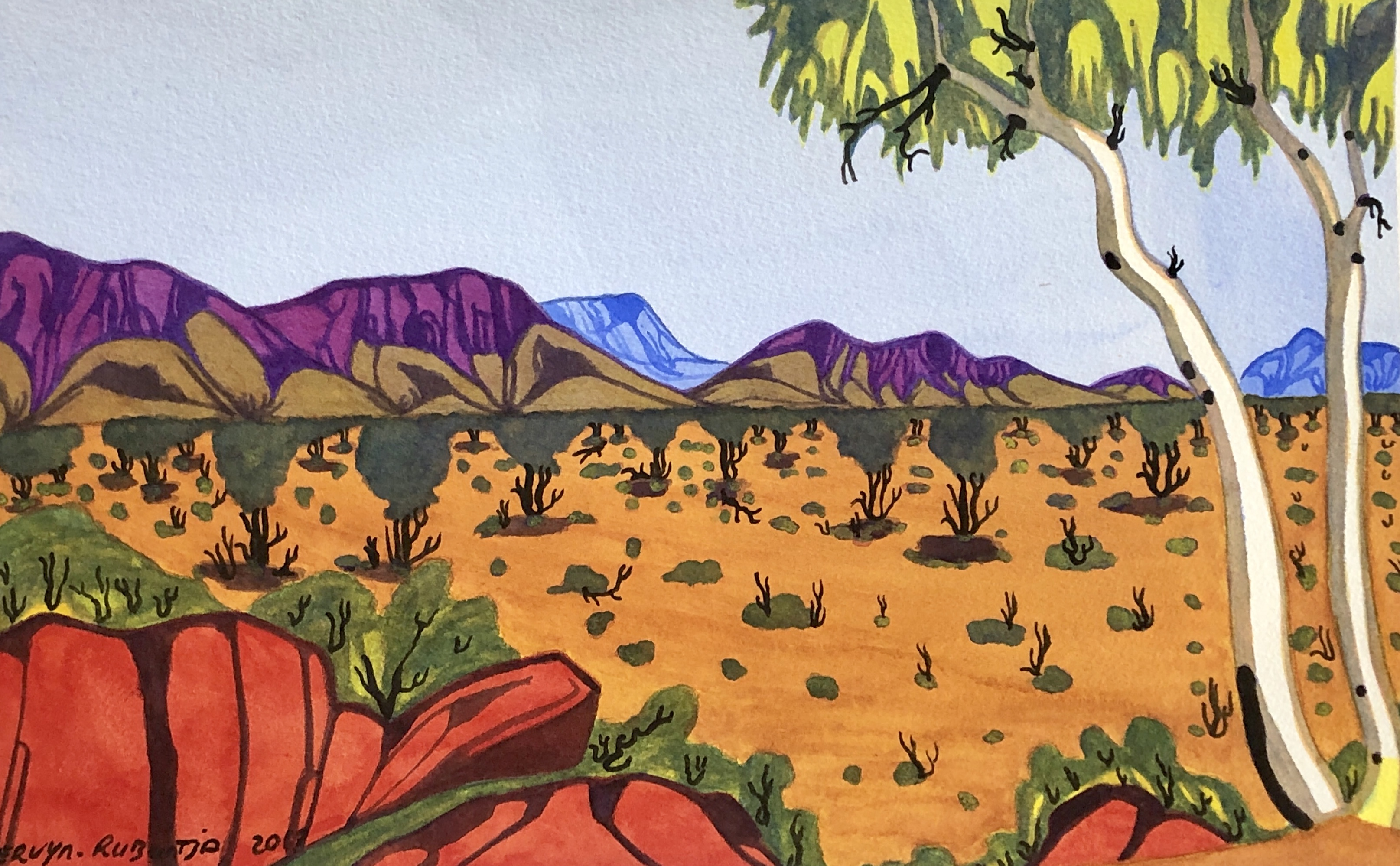 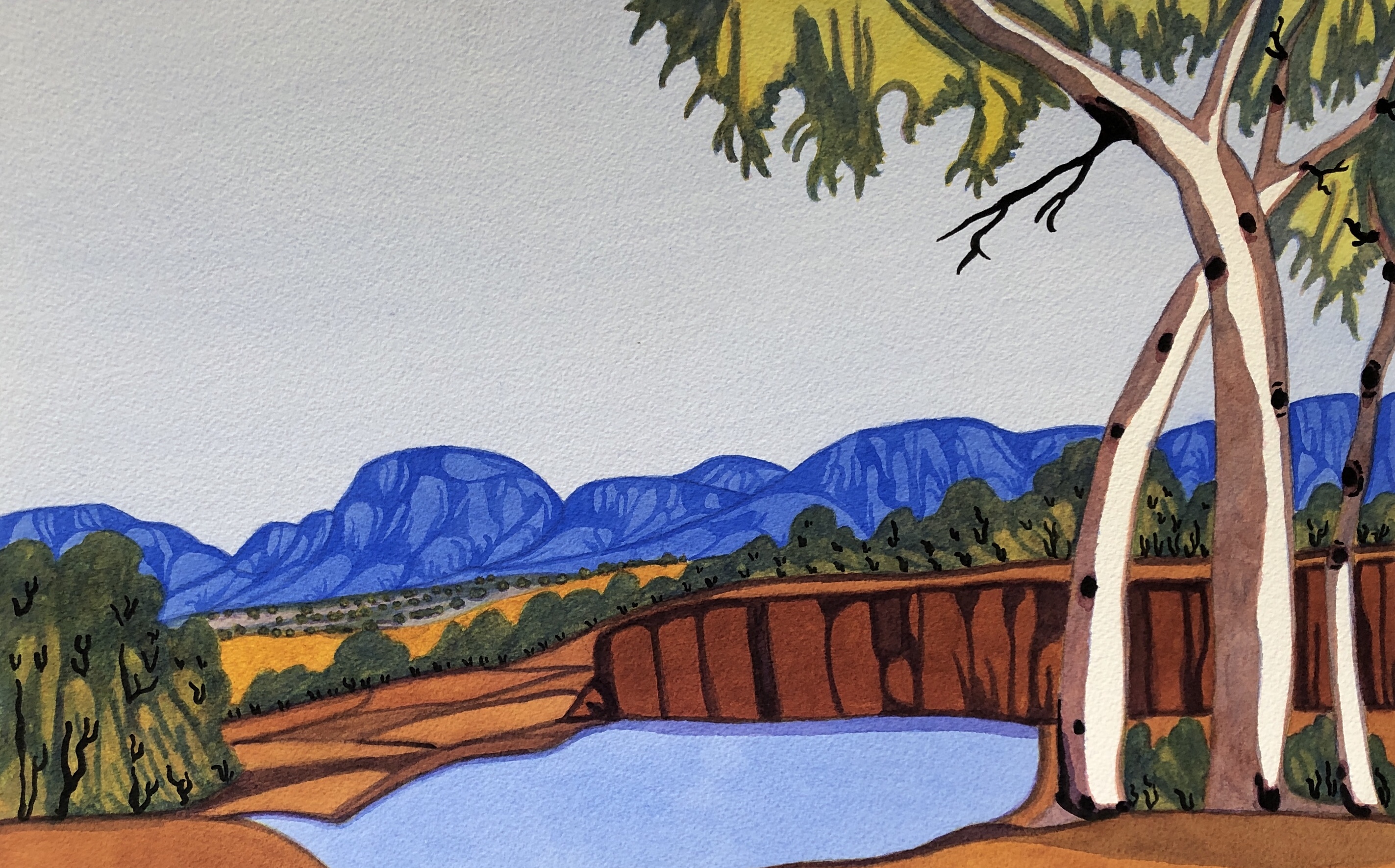