Using a modern, bold and colourful palette, this amazing young artist is depicting the homeland of her famous Grandmother, Walungkura Napanangka. Much like her world renowned mother, Debra Young Nakamarra, Sherelle usually draws a vert traditional story before applying thickly textured dots to fill in the canvas. Sharelle Wirri comes from an important and influential family of artists from the Western Desert region in Central Australia. She was born in the 1990’s to parents Debra Young Nakamarra and Hilary Wirri; both of who are famous Western Desert artists. Along with Debra, her two aunts Lorraine Yungut Nakamarra and Katherine Marshall Nakamarra are also emerging artists in their own right.
Sharelle began painting in the early 2000’s with her mother and her grandmother Walangkura along with her sisters, under the guidance of their mother who taught them their Dreaming stories. Walangkura also shared with them the important traditional Aboriginal iconography used to depict stories through art. As such Sharelle’s works are similar and fit within the Papunya Tula movement with thick paint application and dots which join. Of course Sharelle has made her Dreaming her own by adding her own preferred colours and individual touch. Her depictions are bold, strong and culturally significant for Pintupi women.
The women’s stories which Sharelle is known for share the sacred knowledge of women’s places (Tjintjintjin in particular) where Dreamtime stories are shared and handed down through the generations. She focuses on the geographical features of the Western Desert around Kiwirrkurra and Papunya, displaying rock holes, sand hills and caves. The traditional iconography represents meeting places and the landscape and encompasses all the important “business” which occurs at these sites.
Sharelle mixes the traditional designs with bright and feminine colours such as orange, purple and pink and as you view the artworks you get a sense of the important stories which are shared through the artwork on multiple levels – through the land and the emotional connection between women as they share stories and participate in ceremonies. Sharelle’s works have not yet begun to be exhibited, however her works are sure to be recognised and admired by local Alice Springs galleries and around Australia. She is an emerging artist and the stories that are shared through her artwork are important and sacred for Pintupi people and as such should be included in any collection.
The brightly coloured circular shapes represent the Yala (bush food), such as Yipala (Bush Banana), Yumpultjati (Bush Orange) and Wirrinywirrinpa (Bush Berries) among many others. The larger concentric circles represent the rockhole sites around this area, which is where the women perform their sacred ceremonies. The large U shapes in the artwork depict the female elders (Grandmothers) as they teach the children where they need to go in search of different bush foods, medicines and water. 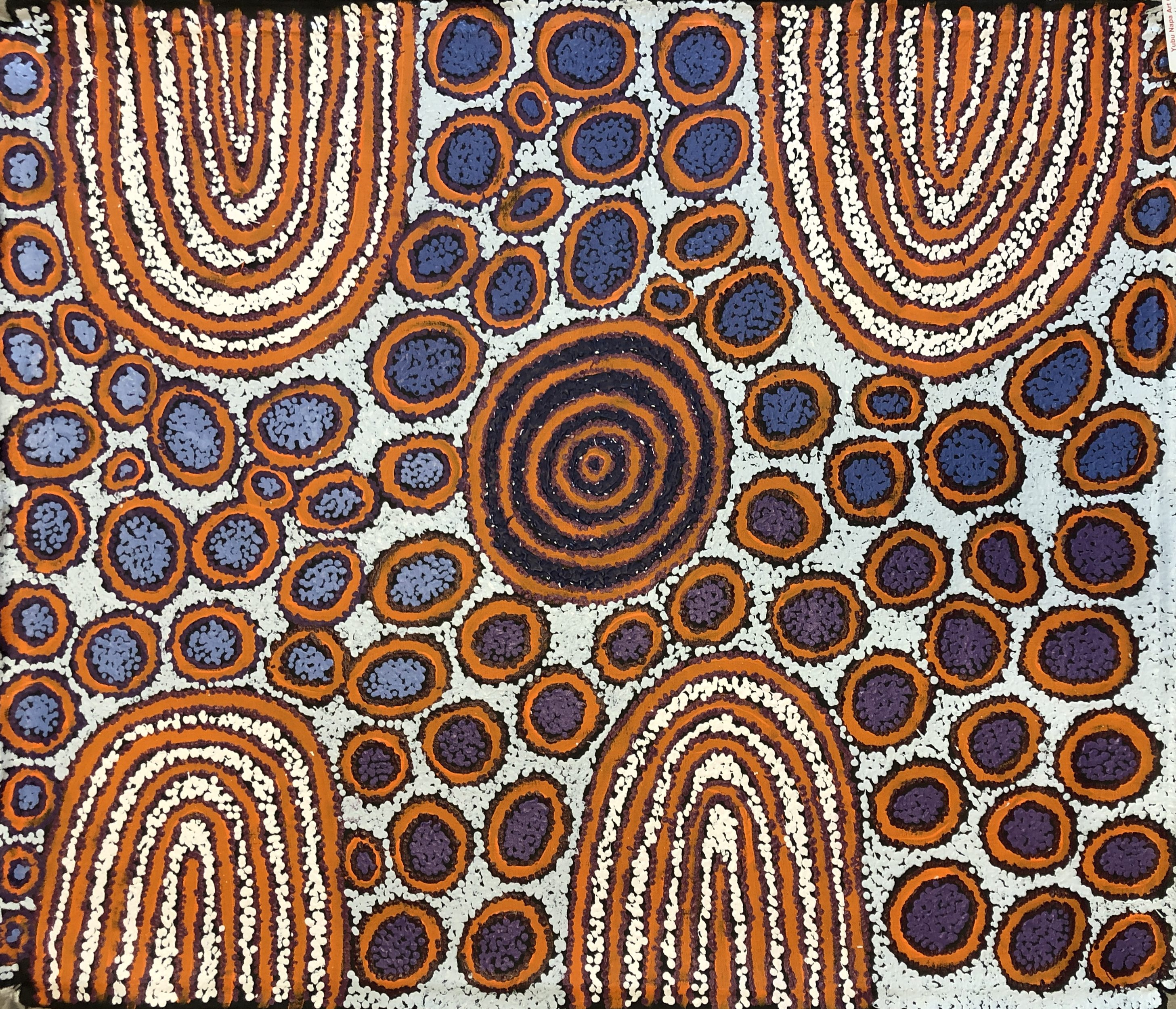 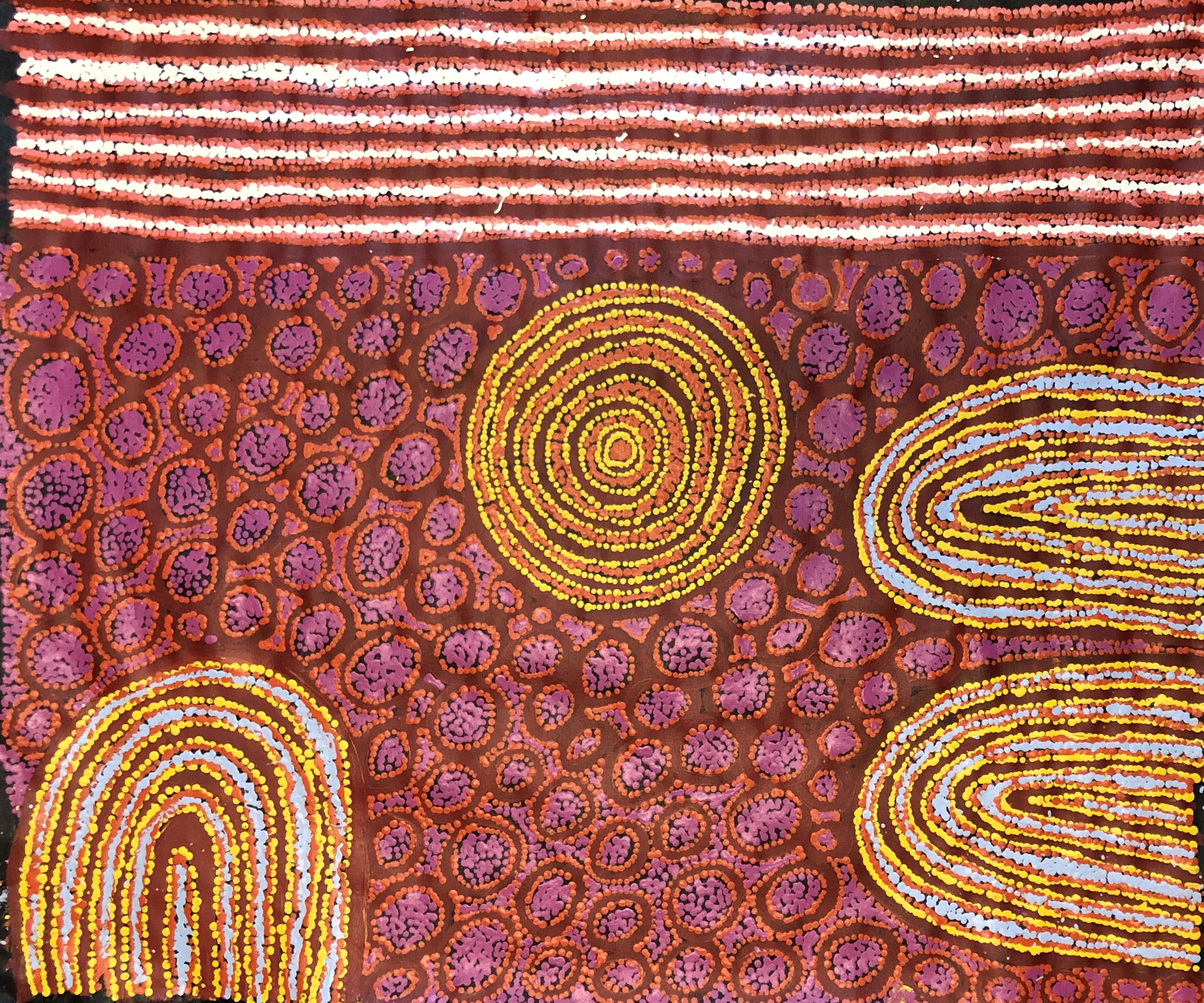