Valda Napangardi Granites is the granddaughter of the late Paddy Japaljarri and Bessie Nakamarra Sims, two founding artists of Warlukurlangu Artists. Valda was born in 1974 in Alice Springs and grew up in Yuendumu, an Aboriginal community located 290kms north-west of Alice Springs, where she still lives. Her mother was Alma Nungurrayi Granites.
Valda paints the Seven Sisters Dreaming with a similar style to her famous late mother. She attended the local school. Valda has been painting since 1993. She paints the Jukurrpa (Dreaming) stories passed down to her by her mother and father and their parents before them for millennia. These are creation stories which closely relate to the features and animals found in her family’s traditional lands. Valda is married and has one daughter, Nathania Granites, who has begun to paint as well and has built herself a profile of her own as an artist. Valda worked with the Yuendumu Old People’s program before resigning to look after her daughter. 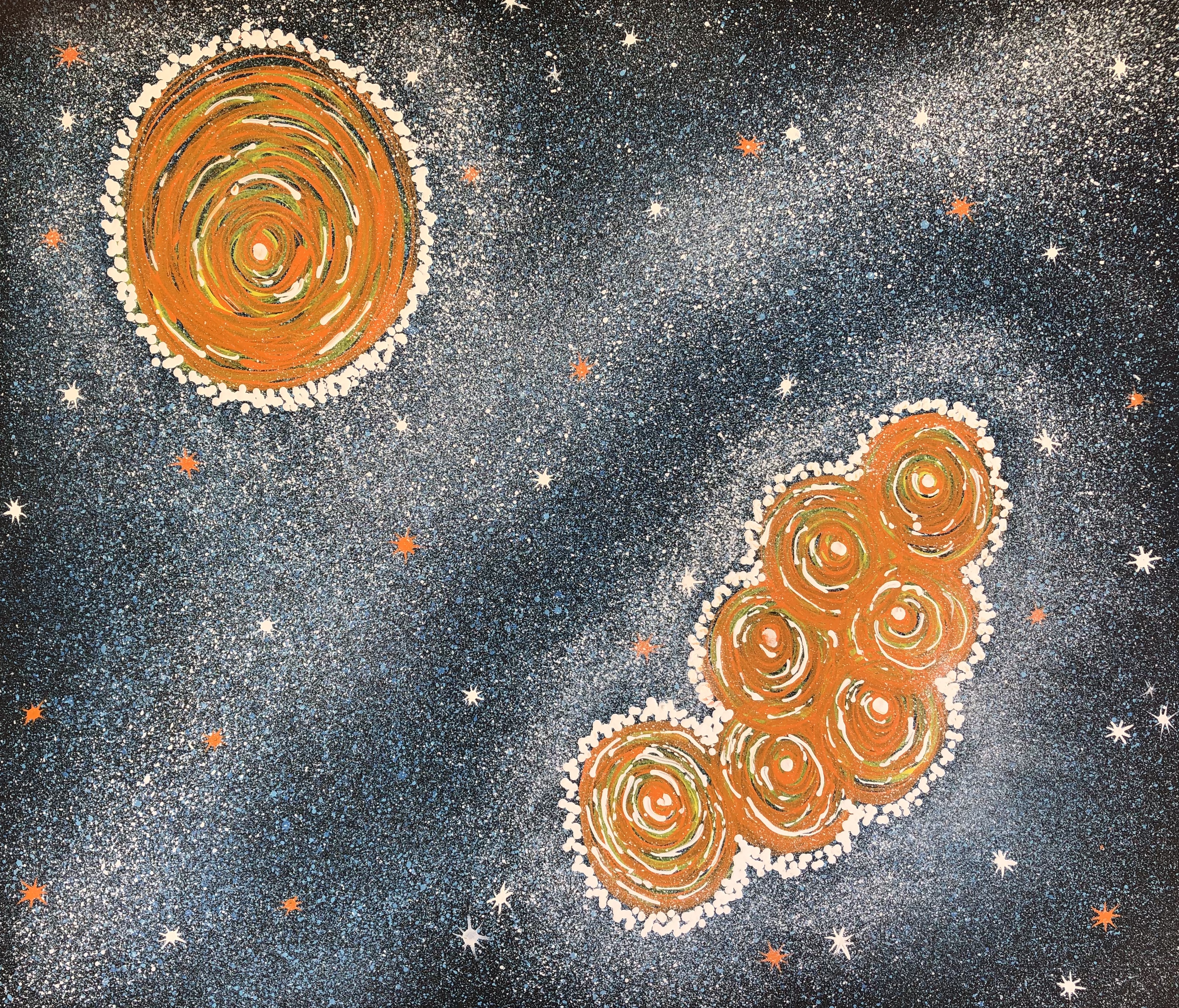