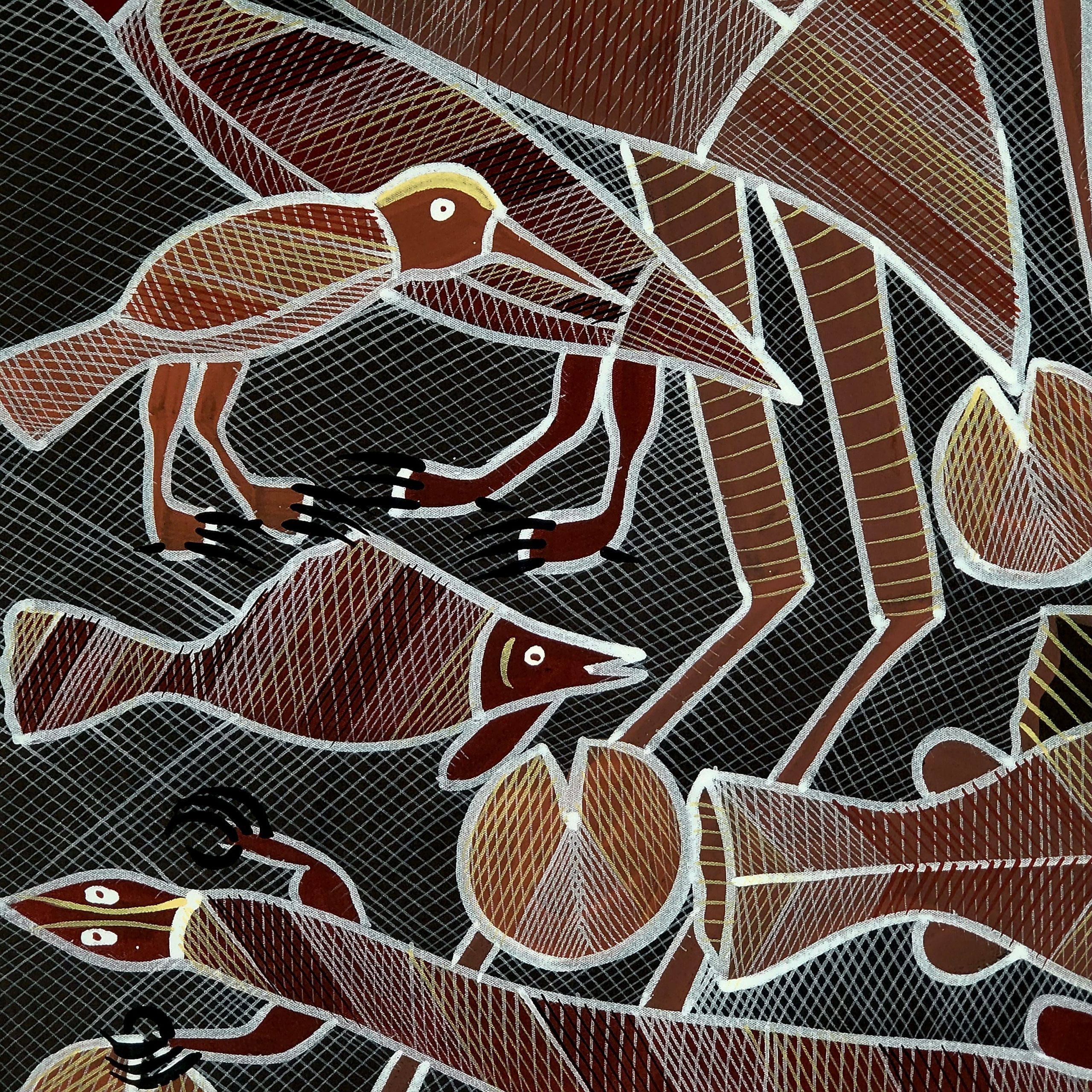 EDDIE BLITNER In his artworks, Eddie depicts the Mimi Spirits (Ancestral creation beings). They are sometimes depicted dancing across the night sky. Mimi Spirits can be found on rock formations in the Top End of Australia. Mimi Spirits are depicted as tall, thin spirits. They are harmless but can be quite mischievous. It is believed […] 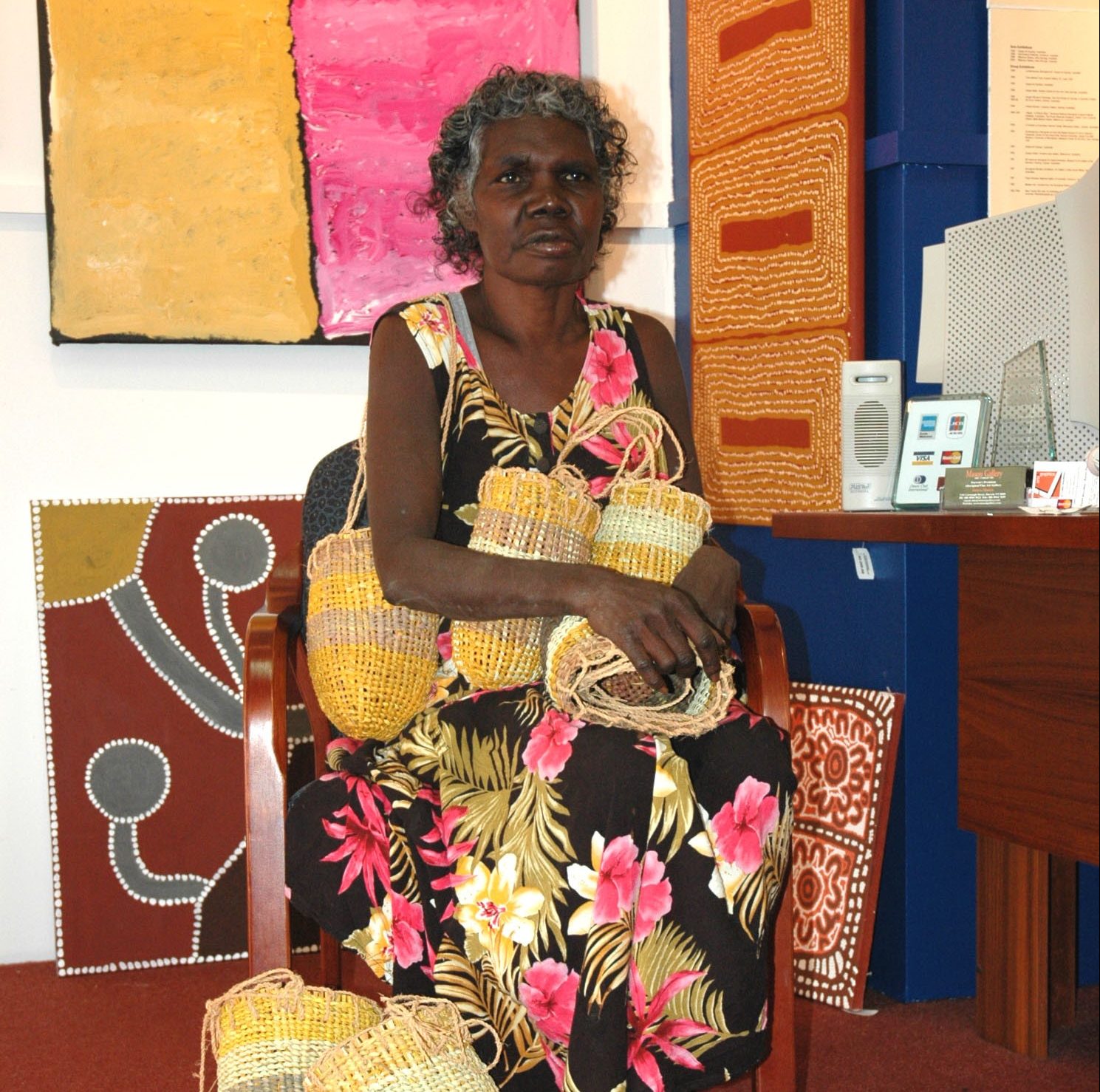 Betty Wanduk is a talented weaver who comes from Maningrida in Arhnem Land, Top End NT. Her weaving is crafted by hand in the traditional ways that have been handed down from generation to generation for millennia. Using Pandanus leaves, the fibre is created by stripping the leaf and rubbing it together to create a […]