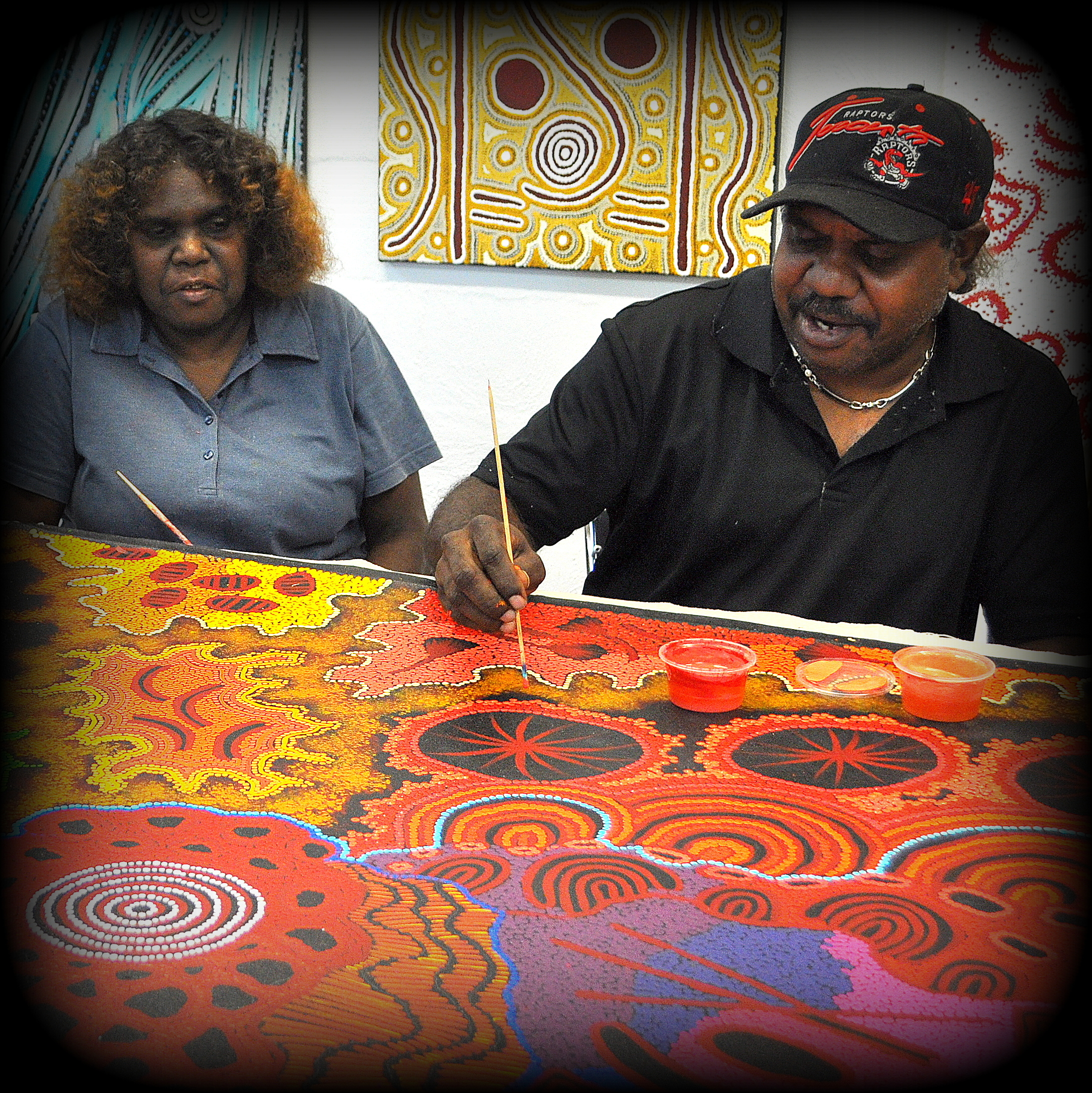 This piece tells the story of Yilpi’s grandfather and the hailstorm that killed him. As a young man he was stubborn and didn’t listen to the elders that a big storm was coming. He went out hunting before the storm. He also wanted to perform a ceremonial dance to ward of the storm. He took the ceremonial dancing sticks, but didn’t return. The rest of the clan hid in the caves to wait out the storm and afterwards, the women went searching for the man but could not find him. In another area of the country, the children were gathering bush foods and swimming in the newly filled rock holes. Quite by accident, they happened upon the body of the young man. He had died during the storm. This story is told to the children to teach them the importance of listening to their elders.