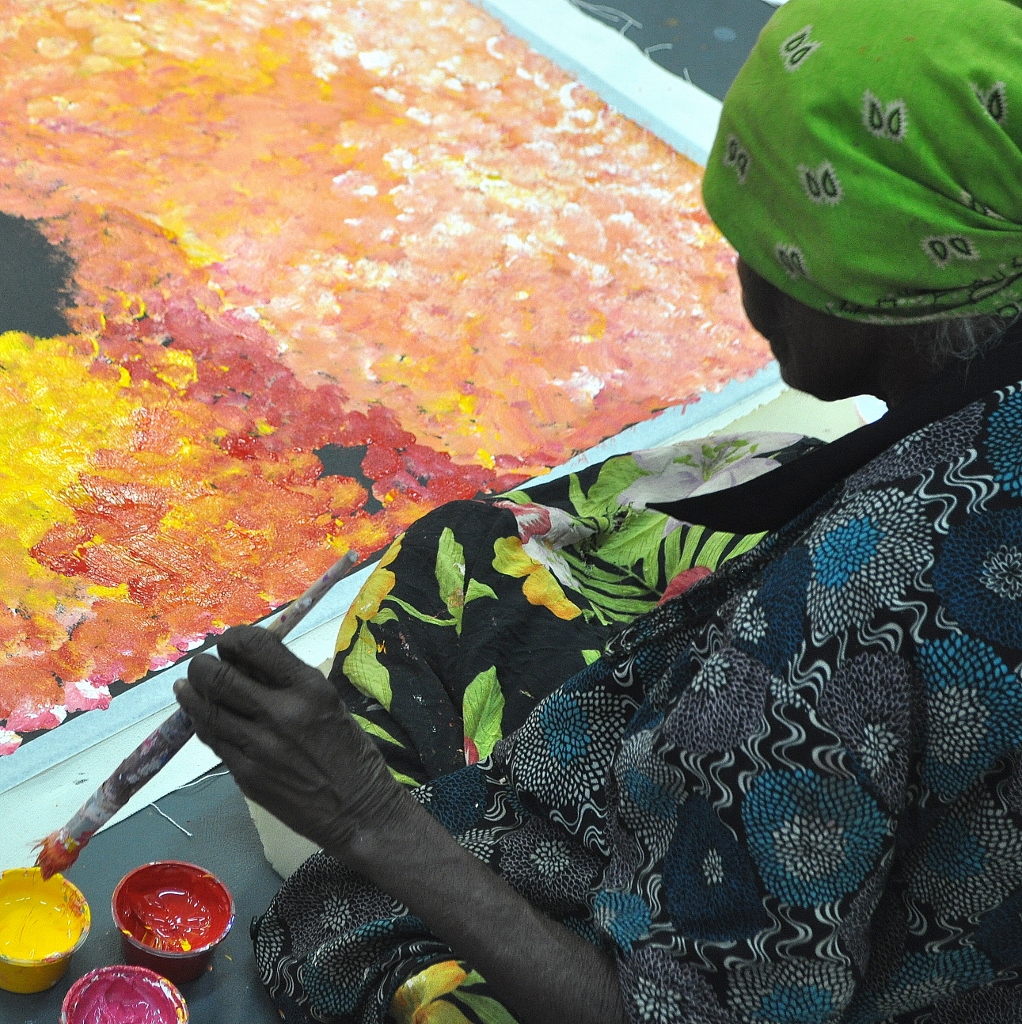 PNGA201507
183cm x 121cm
Polly depicts the Bush Plum and its effects on her country. This fruit is one of the most important food sources in this area. The fruit is in season from early December and continues to grow until around the end of February. During this time, the women collect as much of this fruit as possible. The small dark fruit is threaded onto thin sticks and left in the sun to dehydrate. This ensures that there is an abundance of these fruits through the harsh dry times during the middle of the year. Ceremony is held at the start of the season to encourage plentiful harvest and to give thanks for the abundance of the fruit.
She uses a wide palette of colour, and often depicts the topography in shades of reds, oranges and yellows reflecting the varying seasonal palette. The colour palette for this piece has been inspired by the amount of rain Central Australia has received over the past six months.
Like her sisters Angelina Ngala (Pwerle) and Kathleen Ngala, Polly predominantly paints the Arnwekety (conker berry, also referred to as the bush plum), depicted through superimposed dot work. Polly builds up layer upon layer of colour using thick paint, creating a multi-dimensional effect to reveal the Bush Plum in all its glory.

A vibrant and bubbly person, Polly speaks little English and lives a traditional life at Utopia.