Esther Bruno Nangala is a Luritja/Pintupi woman and the granddaughter of Naata Nungurrayi, a legend of the desert art movement. Esther was born in Alice Springs in 1981 and brought up in Christmas Creek, near Fitzroy Crossing, and later in Kintore. Esther was schooled at Yirara College in Alice Springs where she was taught art and schooled in both Pintupi and English. After returning to Kintore in 1999, Esther started to paint, receiving the benefit of a long apprenticeship under Naata and her skin sister, Nancy Ross Nungurrayi. At the same time, Esther was involved in important cultural initiatives such as the translation of some Pintupi song into English. Initially involved in some community collaborative works, Esther started to paint in her own right in 2009. Since that time, she has made stunning leaps forward in the development of her own style and methodology for relating the stories around the important woman’s site of Marrapinti. Bold in her use of colour and tending towards intricate designs, Esther, along with Gracie Ward Napaltjarri, represents an exciting view into the future of desert art. She paints bold traditional designs associated with women’s sites, ceremonies and the laws of her Country, Marrapinti. Esther’s works are vibrant and brightly coloured and often quite textured due to the large quantities of paint she applies to the linen. The influence of her grandmother’s work is evident in Esther’s paintings, who is known for her representations of Women’s Law and Tingari Cycle. 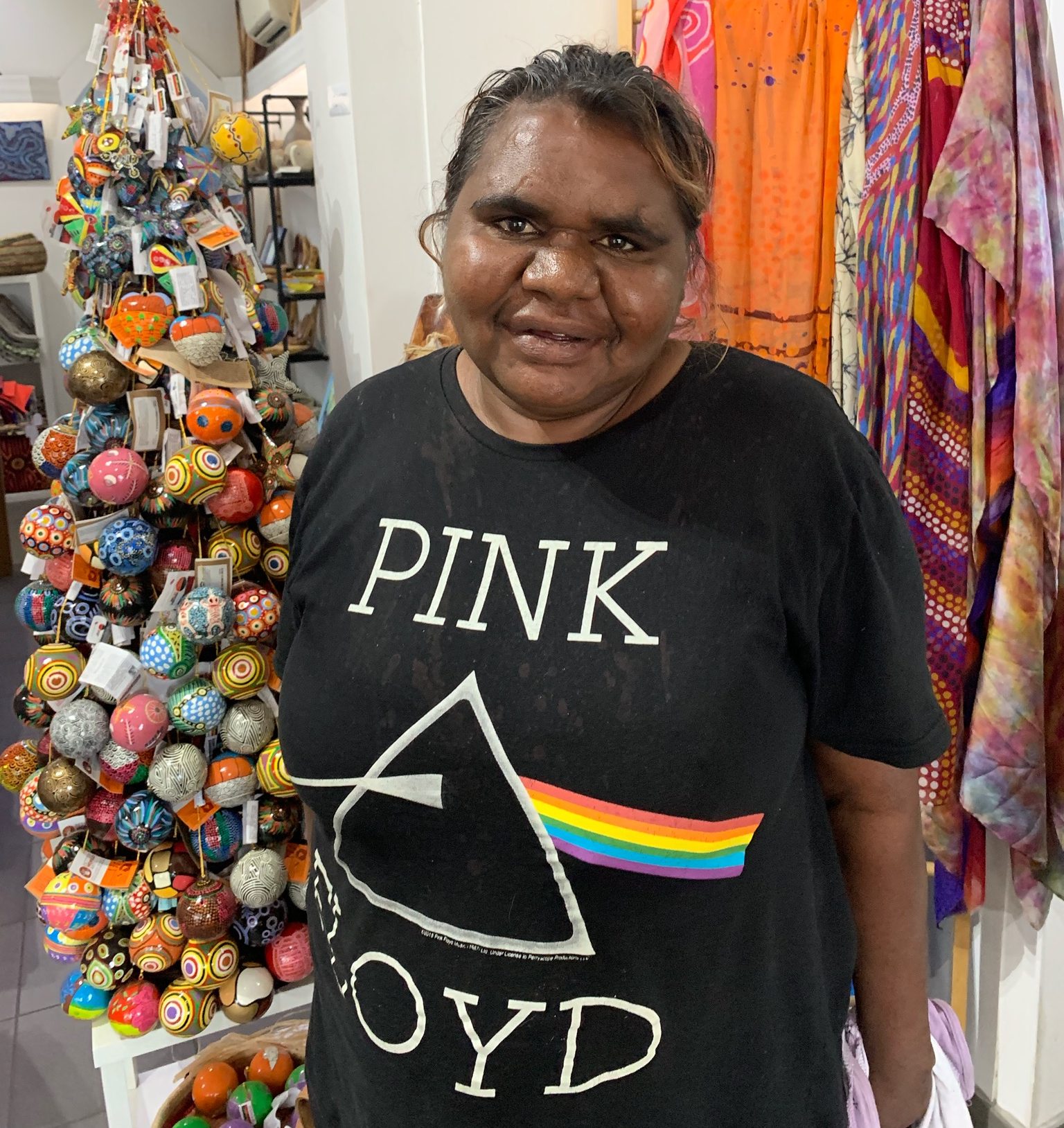