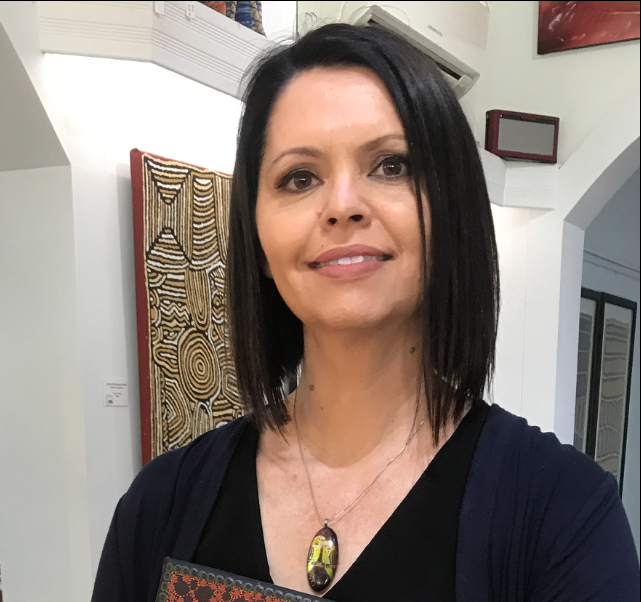 Kathleen Buzzacott is a Pitjantjara woman who was born in 1970 in Central Australia. She moved to Queensland for some time with her brother and sister to live with her father. However, at age 10, she returned to live with her mother at Hermannsburg in Central Australia. These formative years hunting and digging for honey ants are often reflected in her art. Her delicate artworks depict these years as a child and are painted using tiny networks of dots which are usually applied around a traditional story. These stunning artworks are inspired by the carefree days spent as a child running around in the bush, which has created happy memories that are shared through her art. Kathleen is also a very talented painter of native Central Australian wildlife and has an uncanny knack of creating very realistic birds and other native animals.
Kathleen Buzzacott’s stunning bush seed jewellery is lovingly handcrafted at her studio. This studio is situated near Simpsons Gap, which forms part of the picturesque West MacDonnell Ranges. The seeds used in her jewellery are sourced from various family members who collect them for Kathleen in the surrounding bushland. Seeds, assorted semi-precious gemstones and sterling silver are used to craft her stunning original pieces.